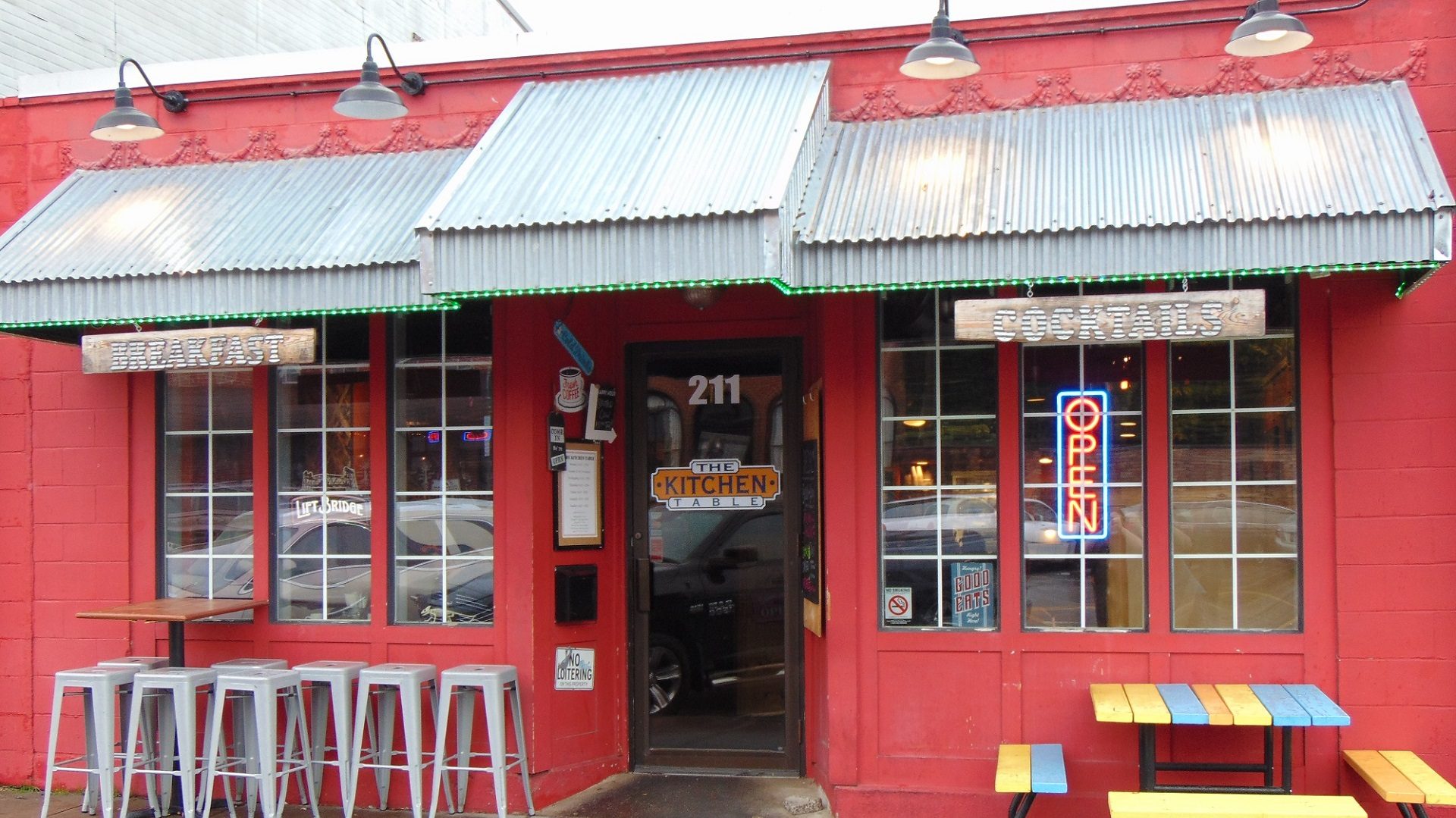 “Prescott doesn’t have a place where you can go have breakfast that is not a bar,” the owner of Cafe Two14 said. “When I saw the Slipp-In was closed, I thought Prescott needed a small-town cafe.”

Cafe Two14 opened earlier this month at 214 N. Front St., or what most Prescott residents knew as the Slipp-Inn before it closed.

“At chamber meetings, multiple people came up to me and said you need to do this,” he said.

Wolf, a 2001 Prescott High School graduate, started his career in the food industry at age 13 by working at the Slipp-Inn. Other stops included Philander’s in Prescott and The Point outside of Hastings, Minn. After graduation, Wolf spent four years at the Afton House Inn and then moved on to Pier 500 in Hudson, where he spent nearly five years, with the last 18 months of those as kitchen manager.

Upon signing the lease, Wolf wanted to create a fell different from other cafes. The first thing he did was install a coffee bar. But this isn’t just any coffee bar, as it’s made from the side of a 1966 Mahogany Chris Craft Constellation boat, courtesy of friend Jeff McNamara, and the stools are boat chairs.

And that’s only the beginning. With two of the three outward walls already lined with windows, Wolf decided to emphasize more of Prescott with a mural, done by Elizabeth Erin, a Twin Cities artist, and is about halfway completed.

“I want this to be a community gathering spot and not a business,” he said. “The mural has to be accurate or people will know.”

“I’ve worked in restaurants my whole life and I’ve never seen that before,” he said, referring to the salad. “The food is going out the way I want it to.”